On April 7, 1945, the Japanese battleship Yamato, one of the greatest battleships of its time, is sunk in Japan’s first major counteroffensive in the struggle for Okinawa.

Weighing 72,800 tons and outfitted with nine 18.1-inch guns, the battleship Yamato was Japan’s only hope of destroying the Allied fleet off the coast of Okinawa. But insufficient air cover and fuel cursed the endeavor as a suicide mission. Struck by 19 American aerial torpedoes, it was sunk, drowning 2,498 of its crew. 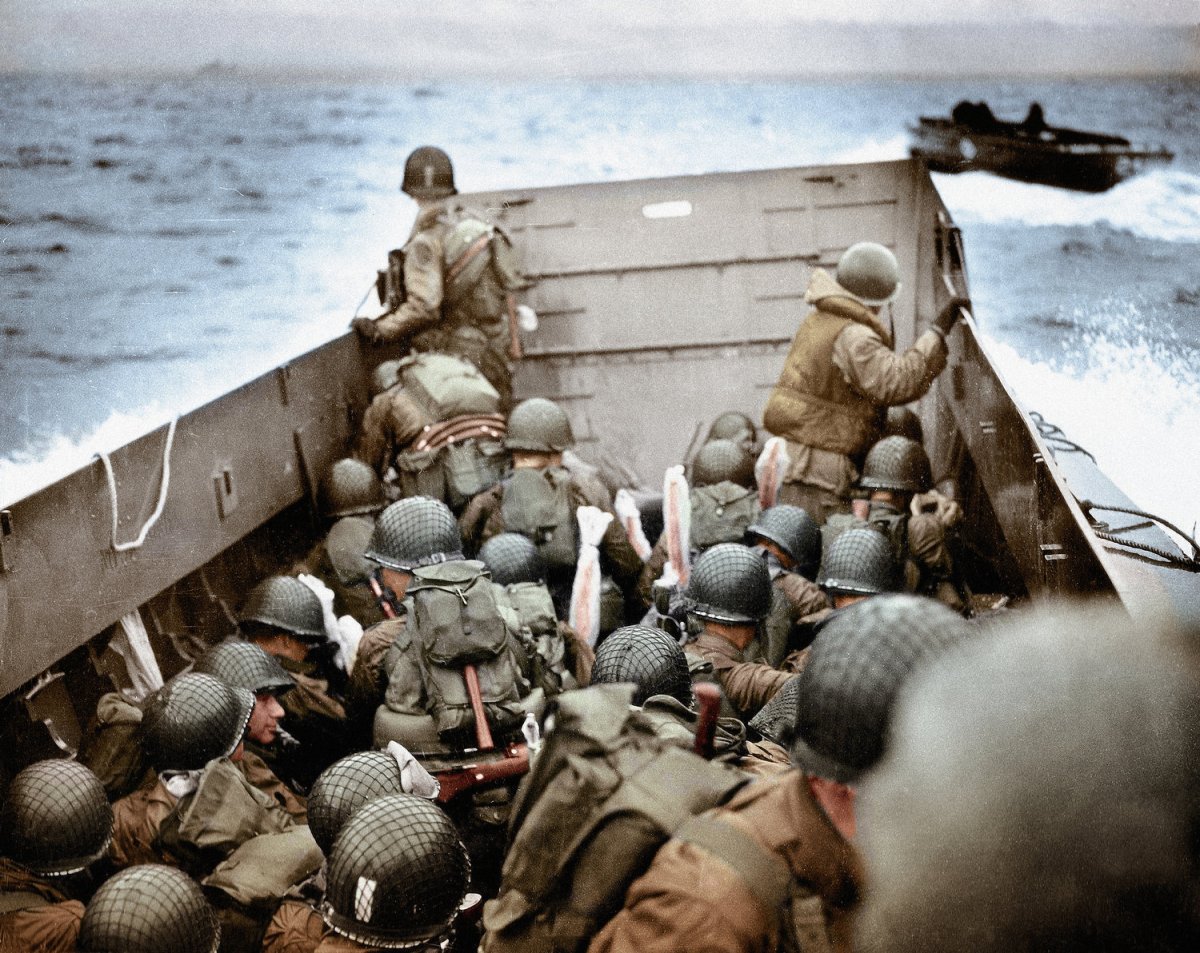 THE CHRONICLES OF HISTORY

“Shells are exploding everywhere, and not far away, with short moments of calm; we take advantage to run… we return with hearts pounding to burrow into the trench. Each time a shell hisses by too low, I cling to the back of the cook’s helper, it makes me feel a little secure, and he turns around with a smile. The fact is that we’re all afraid.”

US troops land on Okinawa

On April 1, 1945, after suffering the loss of 116 planes and damage to three aircraft carriers, 50,000 U.S. combat troops, under the command of Lieutenant General Simon B. Buckner Jr., land on the southwest coast of the Japanese island of Okinawa, 350 miles south of Kyushu, the southern main island of Japan.

Determined to seize Okinawa as a base of operations for the army ground and air forces for a later assault on mainland Japan, more than 1,300 ships converged on the island, finally putting ashore 50,000 combat troops on April 1. The Americans quickly seized two airfields and advanced inland to cut the island’s waist. They battled nearly 120,000 Japanese army, militia and labor troops under the command of Lieutenant General Mitsuru Ushijima.

The Japanese surprised the American forces with a change in strategy, drawing them into the mainland rather than confronting them at the water’s edge. While Americans landed without loss of men, they would suffer more than 50,000 casualties, including more than 12,000 deaths, as the Japanese staged a desperate defense of the island, a defense that included waves of kamikaze (“divine wind”) air attacks. Eventually, these suicide raids proved counterproductive, as the Japanese finally ran out of planes and resolve, with some 4,000 finally surrendering. Japanese casualties numbered some 117,000.

Lieutenant General Buckner, son of a Civil War general, was among the casualties, killed by enemy artillery fire just three days before the Japanese surrender. Japanese General Ushijima committed ritual suicide upon defeat of his forces.

The 1952 film Okinawa starring Pat O’Brien, is one of several movies to depict this decisive episode in the history of the war.

Soviet troops entered Auschwitz Poland, freeing the survivors of the network of concentration camps—and finally revealing to the world the depth of the horrors that perpetuated there.

Auschwitz was really a group of camps, designated I, II, and III. There were also 40 smaller “satellite” camps. It was at Auschwitz II, at Birkenau, established in October 1941, that the SS created a complex, monstrously orchestrated killing ground: 300 prison barracks; four “bathhouses” in which prisoners were gassed; corpse cellars; and cremating ovens. Thousands of prisoners were also used for medical experiments overseen and performed by the camp doctor, Josef Mengele, the “Angel of Death.”

The Red Army had been advancing deeper into Poland since mid-January. Having liberated Warsaw and Krakow, Soviet troops headed for Auschwitz. In anticipation of the Soviet arrival, SS officers began a murder spree in the camps, shooting sick prisoners and blowing up crematoria in a desperate attempt to destroy the evidence of their crimes. When the Red Army finally broke through, Soviet soldiers encountered 648 corpses and more than 7,000 starving camp survivors. There were also six storehouses filled with hundreds of thousands of women’s dresses, men’s suits and shoes that the Germans did not have time to burn.

The siege of Bataan begins.

Facing an attack by 75,000 Japanese troops, General Douglas MacArthur withdrew all American and Filipino forces in Luzon, the Philippines, to the Bataan Peninsula. Once there, the allies held out against constant artillery barrages and desperate hand-to-hand combat for nearly four months. Upon surrendering, they would be forced to endure the Bataan Death March, during which thousands would die.

President Franklin D. Roosevelt delivers his “Four Freedoms” speech. The State of the Union address outlined four basic freedoms that he argued should be enjoyed by people, “everywhere in the world.”

Roosevelt argued that the United States should help its allies in their war against Nazi Germany, breaking with the long-held tradition of nonintervention by the United States. Eleven months later, the country declared war on the Empire of Japan and its allies, formally entering World War II.

It had been only ten months since the United States entered World War II. The country was on high alert, particularly on the west coast. Fears of Japanese attacks prompted the authorities to warn citizens to be on the lookout for anything at all strange or out of place.

On Sunday, August 16, 1942, Richard L. Johnson saw something that most definitely fell into the category of “strange or out of place.” He was returning to his home in Dale City, California when he saw something above him. It was a massive object, bigger than a house, and it was slowly descending out of the sky.

During World War 2, planes were used to disperse aerial curtains to hide naval ships from enemies.

An untold number of children were touched by the atrocities of World War II. Throughout the war, the proportion of civilian deaths to military deaths is said to have been as high as three to one — and some countries were definitely affected much worse than others.

The country most affected during the war was Poland. More than 6 million people, equal to one-sixth of the country’s pre-war population, died during World War II. All of these victims were predominantly civilian, with a great many of them being children.

However, getting caught up in the maelstrom of war, whether it be a mass execution or a bombing raid were not the only tragic circumstances that Polish children had to worry about. Many of them faced the distinct possibility of being kidnapped by their German oppressors. Under “Generalplan Ost” — the Nazi plan for genocide and ethnic cleansing in Europe —…

I’ve been studying the American Revolutionary War lately, but I feel a WWII kick coming on!

In this post, I wanted to alert you to some books that I’ve been reading, and post a couple of videos that review a recent movie that fits in with those books. I’m trying to encourage everyone to ween themselves off of fiction, self-help, sports and modern movies. And in order to get people to do that, I have to find something better.

So, in World War 2, the Allies (UK, USA and USSR) were fighting in two main areas of the globe: Europe and the Pacific Ocean. Previously, I had ignored the Pacific, because island fighting didn’t seem to me to be as interesting as fighting in Europe. It just seemed too “close quarters” for any real tactics or strategy. But I had stupidly neglected the naval battles, which are full of tactics and strategy. So, I’ve been reading books about American aircraft used in the Pacific theater, the…